<<< Back to category
Author: Kseniya Goncharova

Tasha Shapiro: “Cancer is Not a Fate. Fight It to be Happy”

Tasha Shapiro, a beautiful girl who fought off cancer twice, a volunteer, co-founder and co-owner of the carving studio, happy wife and mother shares her amazing story with LADY MILLION. How to outride this terrible diagnosis? How to overcome your fears and doubts? How to go against the instructions of doctors and give birth to a dreamed daughter? How to become successful and happy, despite the variability of life? All these questions were answered by our fragile, but incredibly strong heroine. 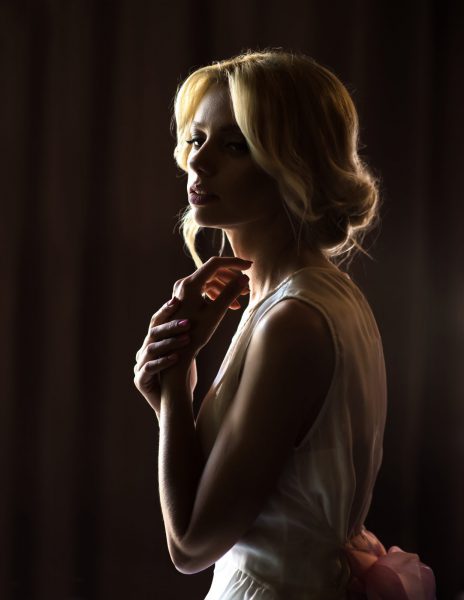 THERE IS STILL CANCEROPHOBIA IN UKRAINE

Life challenged you repeatedly. And you are the one of those few in Ukraine who is not afraid to talk about it openly and without decoration. Tell us your story, please.

For the first time, I learned about my oncological diagnosis in 2006. I was 22. I have always been healthy, but I started to feel bad and got tired quickly. At that time, the situation with communication on this topic was too bad in Ukraine. Cancerophobia prevailed and so far they still have not managed to defeat it. It was not common to talk about oncological matters. They only whispered about it.

Internet was not as widespread as it is now. Therefore, there were lots of myths. One could hear, for example, that cancer is droplet spread. Or something like that. In addition, my grandpa and grandma passed away because of cancer and my mother remained an orphan. So, for me, cancer was the death penalty, as well as for all others who faced it. Nobody heard of the recovery examples, because those who survived did not talk about it. 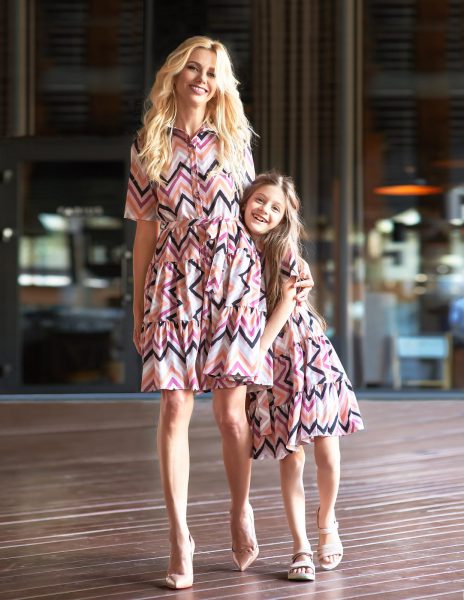 The first time, I was diagnosed the II stage Hodgkin's lymphoma (lymphoid tissue cancer). Then we coped with it without external help. Only my relatives knew about my treatment. I was treated at my own expense in Ukraine. I spent all the money earned. It was very difficult to communicate with others. I repeatedly faced satiations when people found out about your diagnosis they could say that it was your fault that you have got cancer. People could say that I had cancer for my sins or for the sins of my parents. You see, a person in our society gets colossal stress not only from the diagnosis heard in the hospital, but also from communication with others. Sure enough that oncological patient begins to get locked in and drown in one’s own fear and stress and thinks about death all the time.

What was your life like before diagnosis and afterwards, what has changed?

I lived an ordinary life, which did not differ much from other people's lives. There was a program that I performed. I worked without holidays, collected funds for an apartment, dreamed of love and children. I did not travel because I was collecting money and all these funds I spent for treatment. 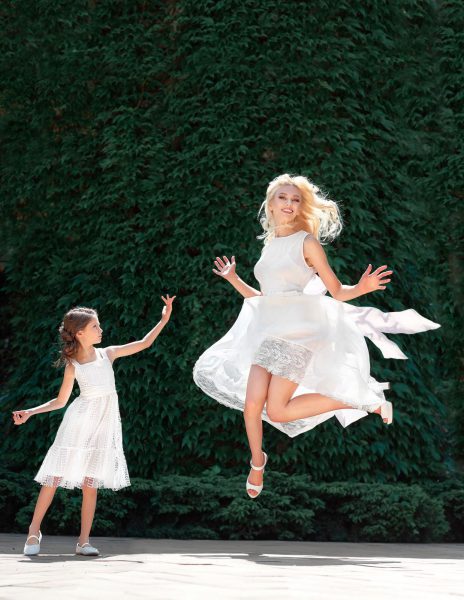 Even when I was treated, I tried to lead an active life. I studied, worked, passed exams to get a driving license. Now, when I am already familiar with oncology, I understand that I have overloaded myself. Do not repeat my mistakes. In this difficult period, a family can undertake a part of responsibilities, so there is no need to do something through force, and you can allow them to help you. I was just afraid of getting out of step. But there was no one, who could say: “Tasha, stop. Look at the sun, on the sky. Calm down and have a rest.”

DOCTORS PRESSED ON ME NOT TO GIVE A BIRTH

How did you find out about cancer for the second time? During the diagnosis, you learned that you were pregnant. How did you dare to have a baby? How did the pregnancy last?

After treatment, the patient's condition should improve in some time. And this did not happen to me. I felt bad.

I began to read a lot about my diagnosis and treatment abroad and decided to spend all my savings on diagnostics in Israel. There, in two hospitals, I was diagnosed an early relapse and offered to do BMT (bone marrow transplantation). I talked about my diagnosis with patients and doctors. And I did not understand what to do, because the experience of patients was different - both bad and good. Doctors gave different recommendations. I was hesitant about the treatment, because I had clear understanding of the severity of cancer and the fact that there may be no any third change for me ... 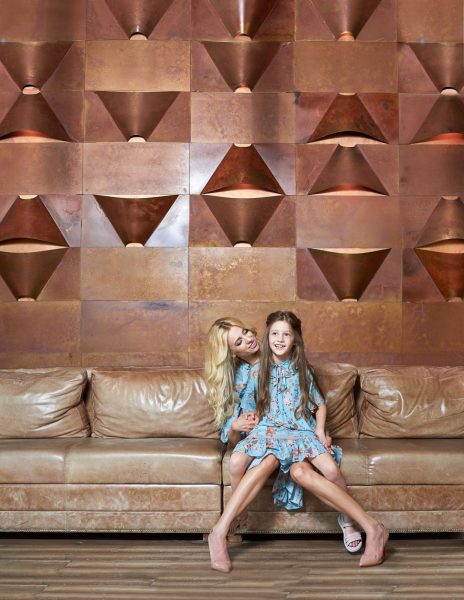 But I was too young. The life passed through my fingers and I did not know how to hold it in my hands. I really wanted normal life, relationships without fear. Then I began to date a guy with whom I had long been engaged in correspondence. I fell in love. And, as in the “Sweet November”, a well-known movie, I decided that my fate would be the same as of the main character who died in love. But someone “from above” had completely different plans for me.

Four months later, I got pregnant. Chances were slim to none, but it happened. I always dreamed of a child, but in quite different circumstances.

In such situations, it is very important for a person to be fully informed and familiar with all risks. The patient should decide what to do by himself. My doctors did not give my child any chance of being born. And not because I was in a critical condition or because of my poor health but because of the Soviet protocols. Although abroad it is normal practice when mothers are provided with support and a chance to take and give birth to a baby. Thus, I had two options: to do an abortion and go for treatment under the pressure of doctors, or to postpone treatment for 9 months and give birth to a child, assuming all responsibility. I chose the second one. Because I knew that after an abortion I would not be able to live with it. Subsequently, when I was examined by doctors, I was told that I had intrauterine pathology and  if I did an abortion I would never be able to give birth to a child.

My pregnancy passed well. Besides severe toxicosis, I felt great. Cancer seemed to be frozen. I gave birth by myself, and Nika was born healthy. But the birth of my daughter launched the aggression of my cancer, and I was getting worse. The state was heavy. They have diagnosed the third stage of cancer.

MY DAUGHTER SAVED MY LIFE

When Nika was still a baby, you stayed without the support of the biological father of the child and continued to fight the disease. What inspired you not to give up and move on?

Nika inspired me to fight. She was so small and defenceless! .. I realized that I had to be with her, protect and take care of her. I realized that she needed me and my love. Therefore, I had to survive for her.

Then, thanks to my two friends, I started a big campaign to raise funds for my treatment. I never asked for anything, but when I realized that I could no longer see my daughter, I simply burst into tears in front of the camera and asked people to help to collect money for my treatment. After the video on TV, a lot of people supported me with funds. So I was able to go to the USA and be treated there for six months. And I won.

Now your daughter is 8 and this year you celebrated the 6th  years of remission. What is your life now? How do you start each of you days?

It is clear that oncological diagnosis changes a person and the way of thinking dramatically. I’ve changed a lot during this fight. I’ve got rid of many fears, complexes, doubts, began to live in harmony with oneself and the surrounding world. I began to pay more attention to healthy food and physical exercises.

I married for the second time. My daughter has a wonderful father who treats her like his own daughter.

Now my live is abundant and colourful. I am very happy every day and appreciate life. I have a lot of laughs and always try to take everything positively. There are no fifth wheels in my life. I’m happy in marriage and in business. I together with Natalia Donska have founded a carving studio. This is a figure carving on food, the creation of food bouquets. By the way, we give master classes for cancer patients and for mothers who take care of children with cancer. Carving is a creative process, which is a kind of positive therapy. 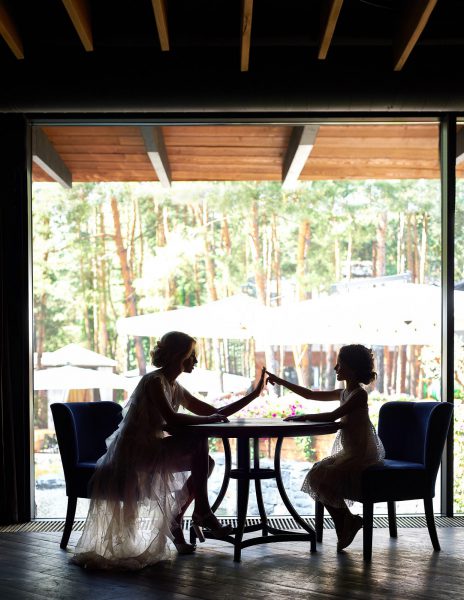 My husband and I are engaged in volunteering and charity. I advise on oncology and help raise money for treatment for the families I decided to help to. I constantly take part in the organization of charitable projects, or initiate them by myself. I like it. I want to be useful and help people in a difficult period not to lose hope for the happy ending of their stories.

Igor Osadchiy: "To be successful means to be of value."