<<< Back to category
Author: Tatiana Nezhinskaya

Andrey Ostapchuk: "I believe in the power of internal creation"

Andrey Ostapchuk is one of co-founders of Young Business Club. A man who appreciate the social capital and like communicating. Thoughtful and interesting talker affecting the worldview of people by speaking and acting

Andrey, I know that today morning you have been running together with our chief editor. I also know that you have regularly run for more than 1400 days. And, of course, you have been asked about it quite often. But I dare ask you one more question. Figuratively speaking, do you run from or to something?

To something. Well, last night I was running, and suddenly I found the solution to one problem, but before I had meditated it for eight hours, and I had no idea what to do. It happens quite often that I find answers to my questions when I run, so, I stop and write them down. But this is my stage explanation. It is clear that physical exercise makes blood leaving the brain. Therefore, you relax and find answers. Einstein said that he found the answers in his sleep, but I do it during morning run.

According to the legend, Mendeleev saw his periodic law in his sleep, but he said that actually he worked a lot...

Of course, self-discipline is a very clear story. Because it is about systemacity. I am non-systemic. Everyone has weaknesses and strengths. My weakness is non-systemacity. 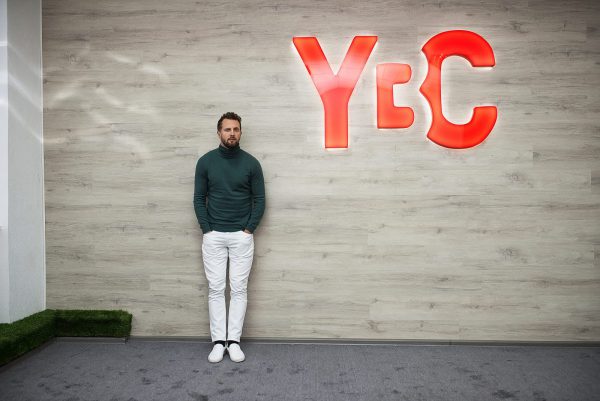 So, being self-disciplined means act contrary to your nature?

It allows me to get an outcome requested. But there must be a kind of carelessness in your life. For example, I used to dream to go to the airport and took the first flight. Two years ago that was how I left for Venice and came to the Venetian Carnival, where thousands of people were masked.

And what do you think about life masks?

I think I don't have any. Why? I don't know. I think they are needed in some circumstances. But I haven't learned to wear them. I often hear that I am gullible, and I think it is true.

The criteria of membership in Young Business Club are quite interesting: up to 39 years and with from $ 100 000 a year. Why so?

There are three founders. Young means Andrey Ostapchuk; Business means Vyacheslav Lysenko; Club means Sergei Gaidaichuk. This is such mutually reinforcing partnership. As for the club, this notion came from England: many foreigners came there and they sought affinity groups. The concept of the club is focused on unifying specific people in concrete parameters. Because if it is for everyone, it means for nobody.

There are age criteria as people who grown up and got education at different times have different opinions. The people grouped in one unit have the shared worldview, and it would be easier for them to come to understanding.

We chose business criteria as it is the basis, the shared interests. These people have the same problem: how to get a team motivated, how to increase sales, how to find reliable partners? And the result ($ 100.000) shows that each of them have already achieve minimum goals. And when each has resolved the same problem, then there is something to talk about. So this is a real value of the club. Not in theory, but in practice. 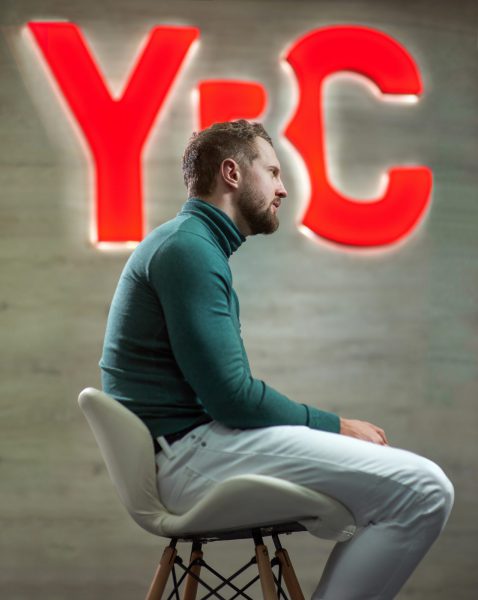 So, you don't help those who has not resolved the problem?

We cannot help everyone. Helping is a bit of an overstatement, but we are engaged in charity. For example, 600 children willing to do business took part in the competition. They were required to make a video and tell about their projects. We selected 15 children of them (form 10 to 15), we paid their travel and accommodation costs in Kyiv. They arrived and demonstrated their presentations before the members of Young Business Club. Our residents collected some money and financed those projects. This is about our help to vulnerable people.

But our mission is to unite businessmen, build trust relationship. What is the difference between rich and poor countries. In rich countries people trust each other and politicians. You can see neither of them here. Our most essential mission is to build trust so that businessmen unite, create partnerships, make deals. We are not able to help millions of people, but we can support a thousand of businessmen who will create 100 000 jobs.

And then, when our businessmen cooperate, we can initiate positive changes in the business environment in our country. How do we support these positive changes? Our club often hosts speakers from TOP-100 Forbes who are likely unavailable. Sometimes we negotiate for months. It happens that it takes us a year to agree on a speech. Last meeting we were visited by Dmitri Dubilet, a founder of Monobank, a person who became an example to follow at the age of 32. After having listened to him, many people changed their views of life. This time Alexander Konotopskyi will come. He is ranked by Forbes in the 30 under 30. His company Ajax is estimated at $100 million! We find such people and provide opportunity to communicate with them. Therefore, our residents are given answers to their questions, the way of thinking. 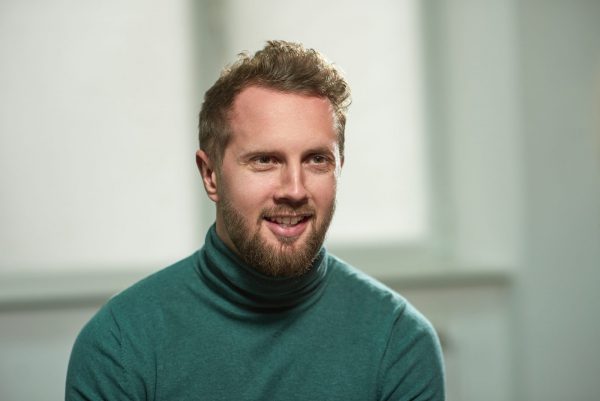 But this is the mission of your club, and what is your own internal motivation?

To join! I like joining talented people. This is what I have been doing for the last four years. First in Kyiv. But now I am focusing on London. But "mission" is a kind of exaggeration to say. I think I will understand my mission by the age of 50-60. I like what I am doing now. It brings me energy, and it turns out to be useful for other people.

As far as I understand, there are girls among the members of your club, but they are far fewer than men. Could you describe a successful woman and a successful man. Is there any difference between them?

What do you mean by saying "successful"? The word "success" has its own meaning. There is a wheel of life, there are some aspects of life. I don't believe that one may achieve success only at work. I don't believe that people traveling around the world and posting their photos from different countries may be successful. I don't believe in success if a woman does nothing but only keeping her house. I believe only in a combination of these elements, when there are a favorite work, families and travels. This is what I call self-realization. A balance consisting of the same elements, but the proportionate is different. 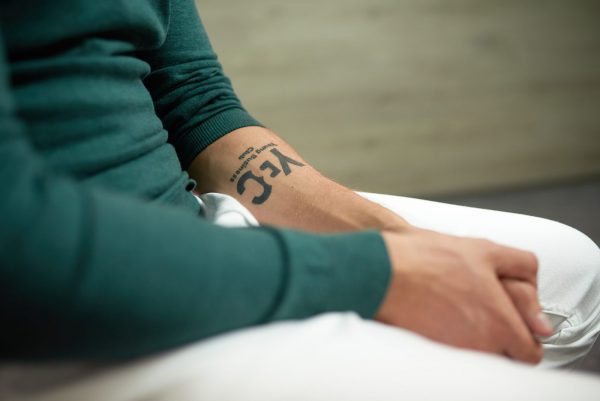 I read and watched your interviews and made a list of TOP 3 of your most used words: business, self-discipline, communication. And you stressed the word "communication". Why is it so important for you?

Social capital can hardly be overestimated. There are many cliches, but they do not lose their meanings. You represent the average number of the people you are communicating with. People around you are behavioral models, ways of thinking, attitudes to life, that's all. And it affects you: if somebody complains to you, you will start to complain; if people surrounding you seek solutions, you will start to seek. I adore communicating. You should focus on all aspects of your life. You achieve the balance when you communicate with people you want to.

In your video from London you say that one of the reasons for opening a branch is that "it is more difficult to communicate in other countries". Give more details.

In big cities, people are more reserved. In big cities, people are so busy, mind their own business and no one bothers. Once I was walking down the street with my fellow director, and he told me: “Andrey, you can’t imagine how lonely we are here!” Moreover, even in London people feel very lonely. They are not used to trust, they are hardly openhearted. We have united Russian-speaking businessmen. The language is very important for them. In addition, they grew up on the same cartoons, they have the shared past. But what is more important – they managed to create business in the foreign country. They are heroes. When we gave them the opportunity to communicate, they began a new life. 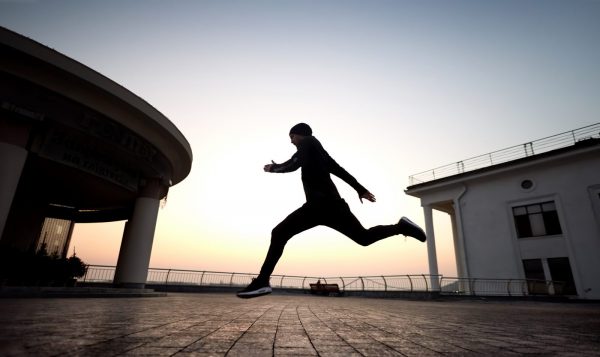 Andrey, are you afraid of losing?

What I am afraid mostly is to see, in the decline of my years, a person I could be, but I didn’t, as I lacked self-discipline, readiness, courage to act. Therefore, I set more goals I believe I can achieve. Then I am just torn, but at the end of a year I dare say that I become a new person. Sometimes it does not happen. And I am extremely depressed. I can lie on my sofa all day long, having no forces to get up. Sometimes I set a goal. For example, a club in London. And the Universe acts in a manner that you have what you wanted. Then you understand that you will never live as before, you have this life, before and after.

Are you a lucky man?

I believe in the power of internal creation. When you really want something and do something to have it, the Universe will create conditions for you. People call it luck. But it works only when you have a strong faith. You may implicitly believe in something that sounds as total craziness, but if you make systematic efforts… The truth is that we control the events, not on the contrary. 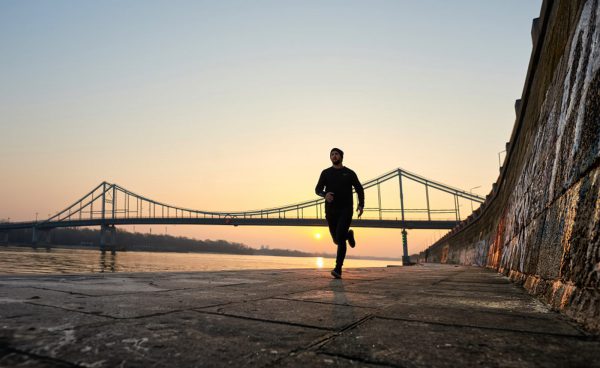 Few people can share such opinion. Why? What do you think?

I ask myself why people go after the low-hanging fruit. And I have no answer. I think that in childhood they wanted the things that only few people got. All children have dreams and faith. However, life treat them cruel. Somebody gets up and continues to move on, and somebody gives up. I cannot answer why people don’t move on.

Maybe, because of the laziness? People are so lazy…

I think people are lazy as they have no faith. They do not believe that the efforts made will bring results. So, the loss of faith is always a precursor of laziness. A man will never be lazy to refuse to do something he believes in.

Do you have faith?

Sometimes yes, and sometimes no. This is one of the most difficult stages in my life when you start to do something, having strong faith. And then all of a sudden you lose it. It is important to continue.

Andrey, thank you very much! I know that you not only give interviews, but often you act as an interviewer. So, my last question for you: what would you ask me?

Which my answer did you like best of all?

I liked your answer about the faith and the laziness. I have never connected these two notions. I have something to think over.