<<< Back to category
Author: Andrew Ostapchuk

Vasiliy Khmelnytsky: “The only value today is the knowledge and skills to apply it”

Vasiliy Khmelnytsky is a famous Ukrainian businessman, founder of the holding company UFuture, which includes social and business projects of the total cost of $1 billion.

He is among the richest 100 people in Ukraine with a $240 million fortune.

At 18 he was a gas-electric welder, building and construction department master in Leningrad (Saint Petersburg).

At the age of 28, he was engaged in metal sales and made his first $500 thousand.

At 32, he was elected a People’s Deputy of Ukraine.

At the age of 33, he became the majority shareholder of Zaporizhstal.

At 36 he launched the largest premium-class apartment complex in Eastern Europe “Novopecherskie Lipki”.

At 50 he became the founder of the first innovative park in Ukraine UNIT.City. 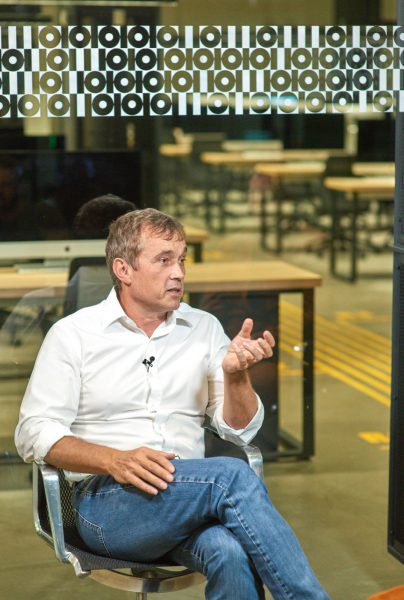 Vasiliy, there was no interview in which you told about how you had made your first seed capital.

Everyone likes the proverb “I’ll tell you about everything, except how I got my first million”. You see, that’s not right. It is for the people who justify their inactivity: they prefer thinking someone has stolen his first million. I am sure, 95% of rich people made the seed capital with their hard work.

I was in Saint Petersburg, studied at LETI and worked in a cooperative. After the collapse of the USSR, I incorporated my cooperative. I started with building - roofing. At the same time, I studied at the institute in the evenings and worked in the main job in the daytime because I needed permanent registration.

Yes, and you saved up $ 180 K, I know this story. Give us the details: the moment when you were a worker and then decided, “No, I’ll hire someone from now”.

It doesn’t work like that. There is no “decided”. Firstly, I used to be a worker, I handed mortar. The mason was laying bricks and I handed mortar to him. In three months I became a mason myself. I lived in the dormitory with many other construction workers. This is how the idea of establishing my construction crew was born (I hired five persons and became a master). After a while, I received a big order and gathered more people. That is how I grew up from the worker’s assistant to the deputy chief of the cooperative.

I will tell you a story which taught me a lot at that time. Well, I am 24 and my director is 26. We come to a large plant and find a construction manager. It is a man of 50 years old, already experienced. And here we are, two young guys: “We wish to receive a building order”. He told us, “Guys, it’s a plant with hundreds of millions of turnover, we work with large corporations. Look at us and look at you!” I tell him, “It is clear”, and I’m ready to leave. And my director, only two years older than I, stayed. And he offered to get their corridor in order in three days for free. We spent 500 rubles, hired workers and brought that order over the weekend. 500 rubles was good money at that time, we took quite a risk. But later on over three years, we got 10-million orders from that plant.

That’s how I got my initial business experience and first $180 K. And after the collapse of the USSR, at the age of 26, I returned to Ukraine. 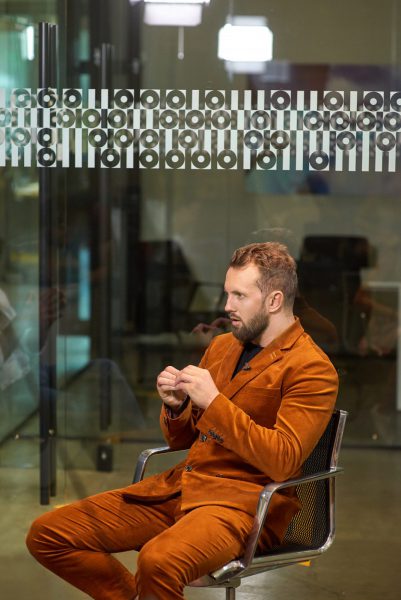 How did you store the money at that time?

All my money was invested in something. When I was going to Ukraine, I purchased petroleum products from Angarsk. I had already arrived, meanwhile, the oil was still on the way. We, the businessmen, never see the money. For us, it doesn’t matter whether we have a billion dollars or one hundred thousand; because it is just in figures.

Let us talk about small and medium-sized businesses. How to increase the percentage of such enterprises in our country?

The enterprise creation is not business: people may register the company but do nothing. There are so many enterprises in the tax register but almost no functional or successful small and medium-sized businesses.

We, as a large business, do a lot to support starting entrepreneurs nowadays. But it should be the priority of the state. I am sure that the economy today may be re-launched by the effective Ukrainian small productions and creative startups.

A businessman is a job. I’m often told, like, “I don’t need your lessons, give me the money”. And such kind of people has no money because they don't have knowledge.

It is also important to understand that a businessman does not always need great knowledge. I’m often asked, “Vasiliy Ivanovich, what books should I read to be a businessman?” I give them three books; in a month they return and ask again: “What to read next?” And I say: “You see, you don’t need to read so many books. Read just one and start acting”.

I’ll tell you one more story. I was 28 when I visited Thailand for the first time. I noticed that a pair of shoes there cost $9, its price at the factory was $6, meanwhile in Kyiv it cost $42. I quickly considered: the profit is not bad - $36! I hurried to buy a container of shoes and while it was transported to Ukraine, I rented a space for the shop. And only upon the arrival of shoes, I found out what VAT, import duty and costs meant. When I calculated and added salaries, it turned out that the profit was not $36 but $5 the maximum. Only then I understood what business meant. But the most interesting thing was that I didn’t lose money on it. That time the wages in the port of Mariupol were partly distributed in hryvnyas and partly in dollars. But dollars were not given, they could only be exchanged for something. So, we sold the shoes to the workers for $42.

That’s why, if you wish to be a businessman, read one book and start acting! 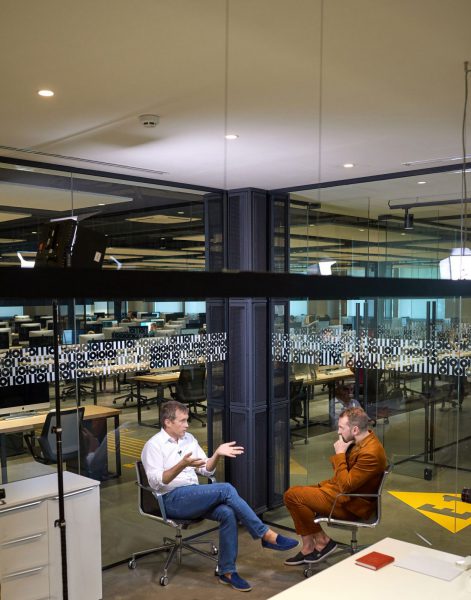 Can you tell us about your way: how did $180 thousand turns into $1 million?

After my relocation to Ukraine, we supplied petroleum products. We bought oil and petroleum products in Angarsk and sold them in Kyiv. I don’t know whether you have caught those days or not, but the point is that the inflation at that time was about 200% a month. That is why we decided to hedge: we acquired metal from Zaporizhstal and exported it. The proceeds of that transaction made up 1,000%.

1998 was the year of your bankruptcy. W1hy did you go bankrupt?

Why only me? Then everyone went bankrupt. It was such a crisis that only very few of us survived. I can’t call it the bankruptcy, my balance was 200 million in the red.

What did you feel that moment?

It was a bit like I lost my wallet: it has gone but you will buy the new one and will work in a new manner. That time there was no tragedy and there would be no tragedy now if I lost business or money again. The important thing is that you have instruments, skills, and your team.

“Mistakes sometimes teach us even better than victory”. What conclusion did you draw from 1998?

Mistakes always teach us better. We need to hedge the risks. Yes, it’s great to do one business professionally and to live it. But my experience suggests me better to have 3-4 businesses in different spheres.

Unfortunately, it is not reputational to be a businessman in Ukraine. It is our big sorrow. I am sure that a businessman is a big man who takes risks, assumes responsibility, studies, creates workplaces, pays taxes and strengthens the economy. Entrepreneurship must be an honorable thing.

What else I wish to ask you is: when did you give up expensive and status things? You are not even wearing watches at the moment…

At the age of 40. I started learning and reading more, and I realized that there was no value in material things. The only value today is the knowledge and skills to apply it.

One friend of mine often gives me books to read. His status is above mine and firstly I just wanted to please him and read a book to have something to talk about. Later on, I got drawn into it and understood that it was great. I have already had an experience and when I read about something I’ve already come across, I say “Exactly!” And it excites me, I study a lot. Once or twice a year my team and I go to the USA, Israel, China, and Europe to study. Every day my TOP-managers and I invest 2-3 hours of our working time into learning.

What did you read yesterday?

Yesterday I re-read and was thinking over the phrase of one author about wealth, the basic message of which is that big money causes big problems. And that a person of an average level of wealth and average consumption is happier than the one who owns 10 - 100 million. Because happiness is to live a happy life where the money is just the instrument but not the goal in itself.

Yesterday I had a thought that at the age of 60 I wish to own $100 million. Now I possess more but I wish to spend a certain part for the creation of an ecosystem that could give new values to people and help them to become more successful. And at 70 I want to have $50 million, at 80 - $10 million. I am ready to spend my experience, knowledge, and money to create opportunities for the success and happiness of the Ukrainians.

I am fairly happy when strangers come to me, shake my hand, thank me for what I have done without asking for money. It is great! It has never occurred to me before but today I measure business success with its impact, among other things.

When people are truly grateful for big projects you have implemented, probably, it is just the sense of a good life.